Our company was founded in the year 2008, our company has grown rapidly to become the best airport transportation company in Europe. We now offer an unbeatable range of services and destinations ranging from VIP cars to low-cost cars that we operate at more than 500 airports around the world.

Thousands of customers have tested our high-value service this year and their complete satisfaction remains our top priority. Much of our success over the years has been attributed to the presence of an impressive team focused on providing our customers with the best possible service

Low prices, in addition to eliminating any fees that apply to debit or credit card payments.

RESERVATION IS EASY AND FLEXIBLE

Booking via our page is easy and only takes 5 minutes. Changes and cancellations are free for up to 48 hours before transfer. 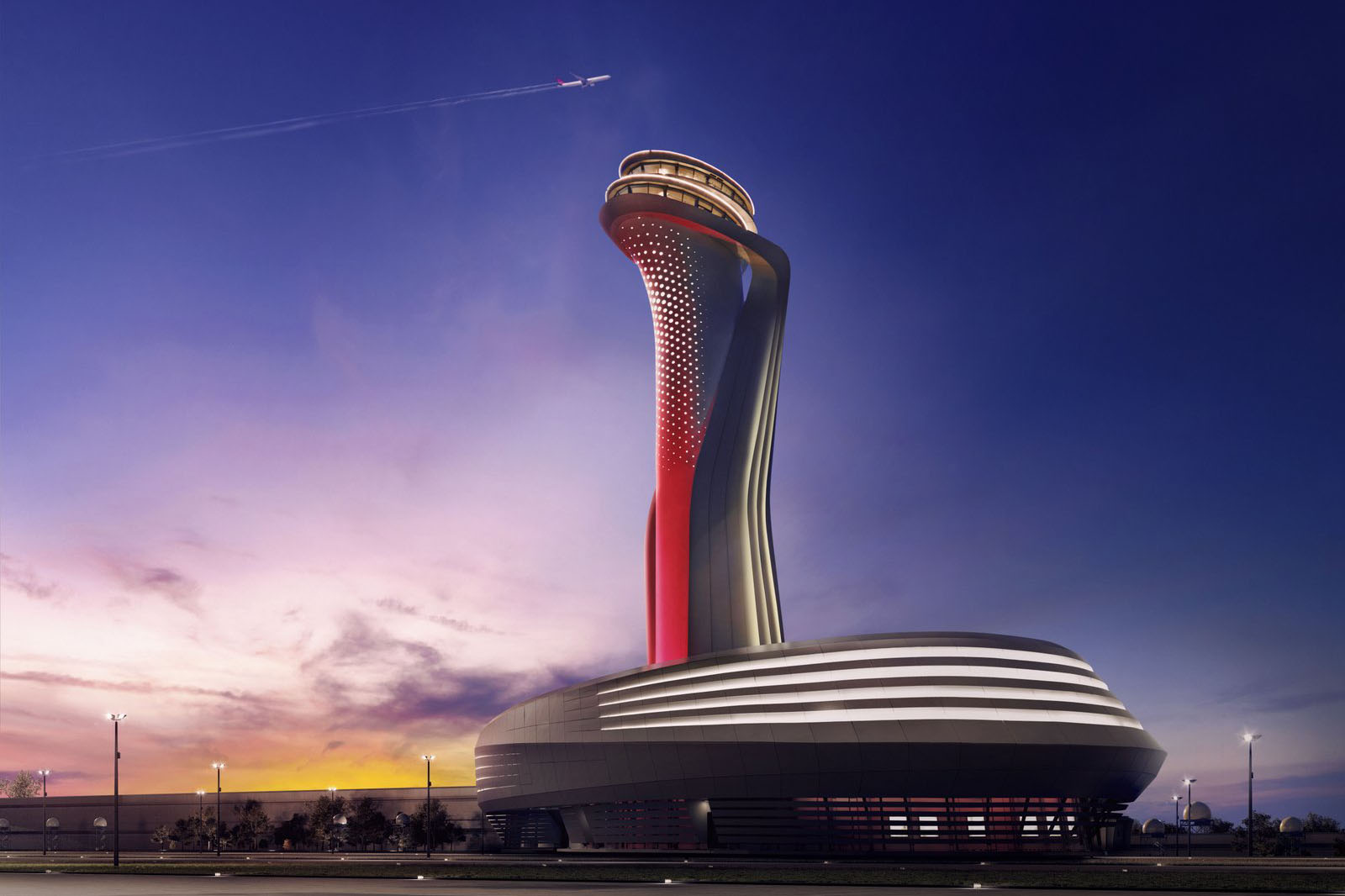 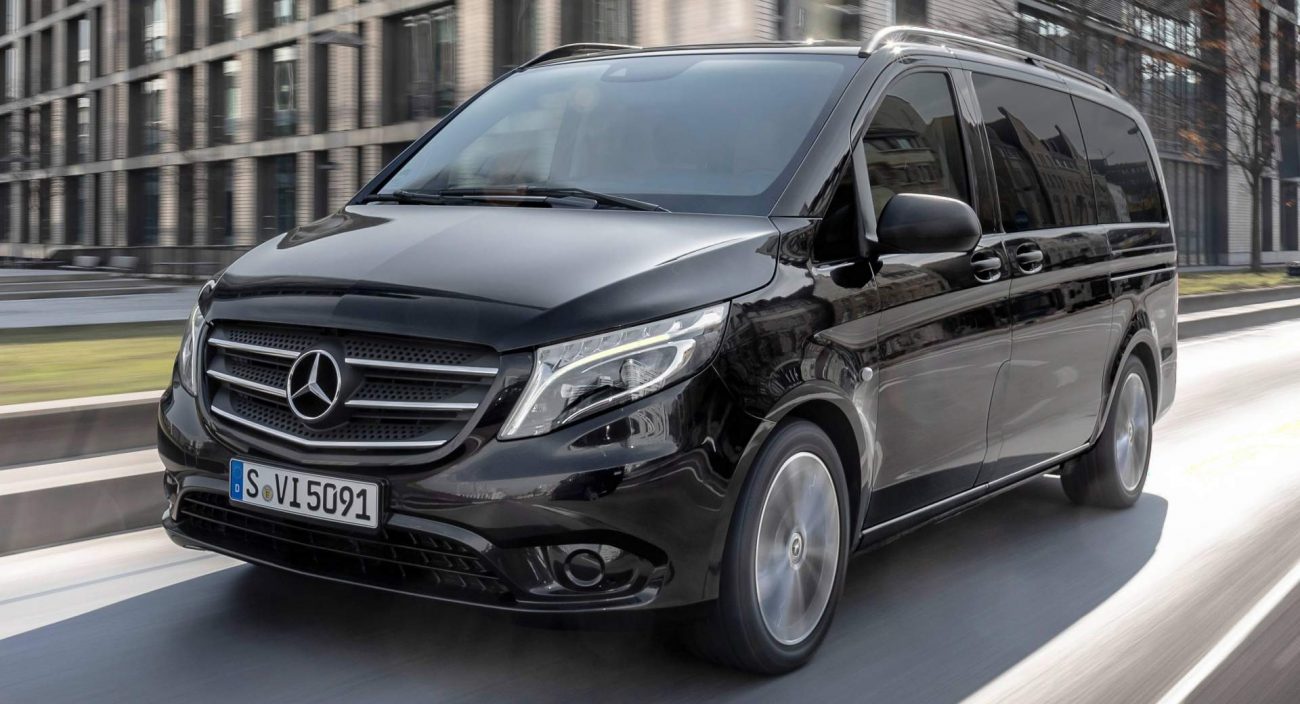 FROM HEATHROW AIRPORT TO HOTEL

Such a perfect experience taking tours from Haqqi tours, Mr.moez is so helpful and professional in his filed, I just contaced him on line and whatsapp him for reservation<br /> , he arranged everything for me in addition checking the feedback. Thank you Mr. Moez from the bottom of our heart. Wl definitely reserve with RoomsFinder again.

I found this agency Highly professional and organised staff Specially Mr. MOAZ Mustafa thanks a lot to Mr Moaz Who organised my trips in Antalya,Fethiye,Izmir & Istanbul it was amazing, very nicely And every thing from start to end was on time And accurately done.thanks to everyone. This second year I used you I hope next year also 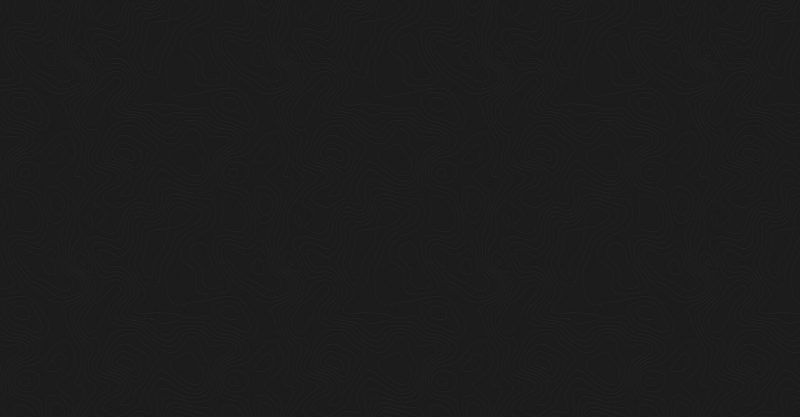 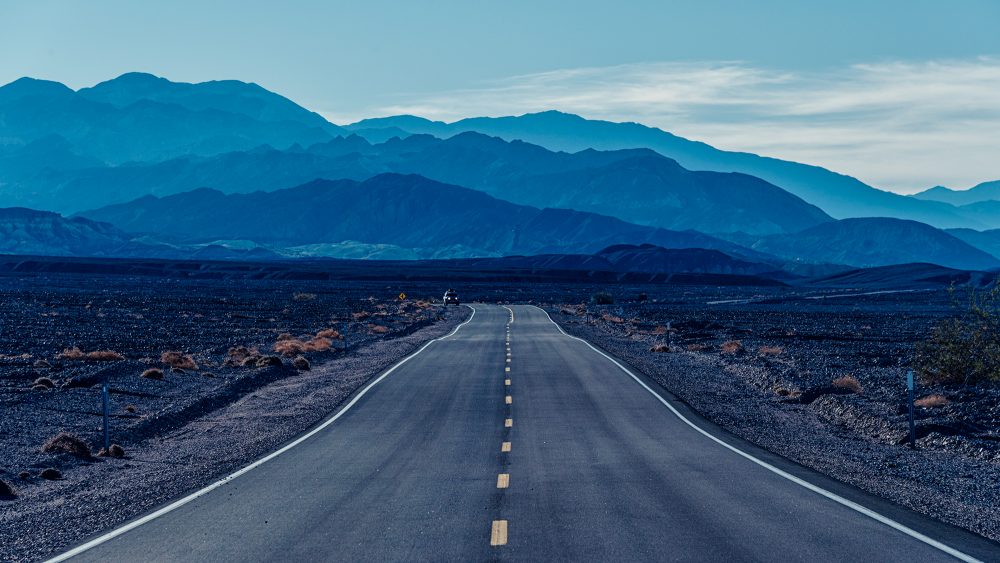 Plan your trip to or from Heathrow with our company. Our airport transfer provides you with a complete door-to-door guide with times and directions.

DISTANCE FROM HEATHROW AIRPORT TO LONDON

Attracting 27 million visitors every year, London is the most visited city in Europe. Not surprisingly, London led the travel plans of many people: the city was founded by the Romans and flourished over the centuries.

Today London is one of the most diverse cities in the world, with a rich history and some of the most prominent cultures on the planet.

The city of London is the old center in London but it is really the smallest city in England. The London we are familiar with covers a much broader metropolitan area, with nearly 9 million people.

It is divided into vibrant and distinct areas in North, West, South and East London – as well as the commercial and tourist center in central London – each of which has its own known neighborhoods. There is always something to see and do in London. With some of the best artwork, entertainment, shopping, dining and history in the world, it is impossible to get bored in London.

In a mega city (602 sq km / 1,560 sq km) and as old as London, there are enough culturally important attractions to fill a lifetime. However, there are some attractions in London that should be at the top of every traveler list. Here are 10 scenes you need to watch while you’re in the city, with basic information and everything you need to know to visit.

The London Eye is 135 meters high, making it one of the tallest observing wheels in the world. It has 32 capsules and transports about 10,000 visitors every day. The London Eye has become the most popular paid tourist attraction in the UK, with more than 3.5 million people visiting it annually. While traveling in complete safety, you can see up to 40 kilometers in all directions from each capsule.

The London Eye must be included on a trip to London. Due to the way the capsules are suspended, they allow a full 360-degree panorama to be placed at the top of the wheel. Tickets can be booked online, and this is the right thing to do because it saves a lot of time. The queues look long when you arrive, but they move quickly as a timed ticket is issued to everyone. Don’t forget your camera!

In 2009, the London 4D Film Experience was opened and included in the London Eye ticket price. It’s a great 4D movie to entertain you before your flight. Great 4D effects and this short movie has 3D aerial shots of London.

You can also take the London Eye River excursion, a circular river cruise that starts from near the London Eye. You will find near London’s famous Harry Potter movie site.

If you enjoy these high scenery, you may also want to think about Up at The O2, The Monument and St Paul’s Cathedral Galleries.

The Tower of London is where the crown jewels are located, and they are so amazing. It is also where you can find the site of executing three English queens!

The Tower of London has been home to the kings and queens of England for many years. (Buckingham Palace has been the official seat of the British King in London since 1837.)

The Tower of London was a prison and many famous prisoners were held there, including Sir Walter Raleigh: He was held in the bloody tower for 13 years, but he used his time to write “History of the World” (published in 1614) and growing tobacco on the Green Tower. The Tower of London contained middle- and upper-class prisoners, so there are no cells.

The Tower Bridge Gallery also deserves to be seen within walking distance. It took 8 years for Bridge Architect, Horace Jones, and Engineer John Wolf Barry to complete the bridge, which opened on June 30, 1894. The only river crossing east of the London Bridge remained until the Dartford Crossing (tunnel) opened in 1991.

State rooms at Buckingham Palace were opened to the public for the annual summer opening, in August and September, since 1993, after the fire at Windsor Castle in November 1992. Initially, the summer opening was considered a means of paying damages to Windsor Castle, but it became so popular that the Queen I continued to allow visitors every summer. The Queen is not in Buckingham Palace when she is open to the public – she goes to one of her country residences.

If you’re visiting at a different time of the year, keep going to see the changing of the guard. It happens on scheduled days, so check before you set off and arrive early to get a good spot to watch the event!

How can you miss one of the most famous areas of the capital? Come and marvel at Nelson Pillar and the huge Four Lion Sculptures. Feeding pigeons is now not likable (due to the spread of diseases), so please do not bring them any treatment.

Trafalgar Square was designed by John Nash in the 1820s and constructed in the 1830s. It is a tourist attraction and a major hub for political demonstrations. Look for the statue of George Washington and the world’s smallest police box, as well as London’s nose.

Within walking distance of Trafalgar Square, you can easily go shopping at Covent Garden, have a meal in Chinatown or walk into Whitehall to Parliament Square and see Houses of Parliament and Big Ben or walk the mall to Buckingham Palace.

Tate Modern is the National Gallery of Modern and Contemporary International Art from 1900 onwards. The exhibition opened in 2000 at a converted power station on the south bank of the Thames, in a majestic location opposite St. Paul’s Cathedral. You can visit again and again because it is free and offers of modern art change a lot. You will often find massive facilities in the turbine hall on the ground floor.

The Millennium Bridge is located directly (the bridge that was “wobbly” when it first opened). Don’t forget that Tate Britain is also in London and you can take a Tate boat between Tates and London Eye.

Learn about London from the days when all the residents were fit in a double-decker bus! Be sure to see the Lord Mayor Coach, built in 1757 and still used every year to showcase the Lord Mayor.

The group of Egyptian and Greek antiquities is undoubtedly among the largest and most famous in the world. Part of the collection consists of the controversial Elgin Marbles, which Lord Elgin restored from the Parthenon in Athens during his service as ambassador to Constantinople at the beginning of the nineteenth century, then the English government bought it for the museum.

The Natural History Museum is about discovering the natural world around us and attracting all age groups. I remember seeing dinosaurs when I was five years old, and seeing them now still gives me the same twitching spine. The blue whale is outrageous to see that you can’t really imagine the size of a life-size model until you walk under it. Don’t miss the “inner strength”, where you can experience the feeling of earthquake!

9. The role of Parliament

Both Houses of Parliament are a short walk from Whitehall from Trafalgar Square to Parliament Square. The building is stunning from Parliament Square, but it is worth the walk on Westminster Bridge and the view from the south bank. Note that Big Ben is actually the name of the bell in the clock tower (St. Stephen’s Tower), which rings every 15 minutes.

The UK Parliament is one of the oldest representative societies in the world. The location of both Houses of Parliament is Westminster Palace, which is a royal palace and former residence of the kings. Edward the Confessor had the original mansion built in the eleventh century. The palace design is complex, with its current buildings containing approximately 1,200 rooms, 100 stairs, and more than 3 kilometers (2 mi) of corridors. Among the original historic buildings is Westminster Hall, which is used today for major public ceremonial occasions.

Inside the parliament, tours are available to visitors from abroad on Saturdays, year-round and weekdays also during the summer vacation.

Near the Natural History Museum and Science Museum of South Kensington, the V&A Museum, as it is known to locals, is an impressive museum of art and design and holds over 3000 years of artifacts from many of the world’s richest cultures, including the most comprehensive collection of British design and art From 1500 to 1900. There are furniture, ceramics, photography, sculpture, and much more. 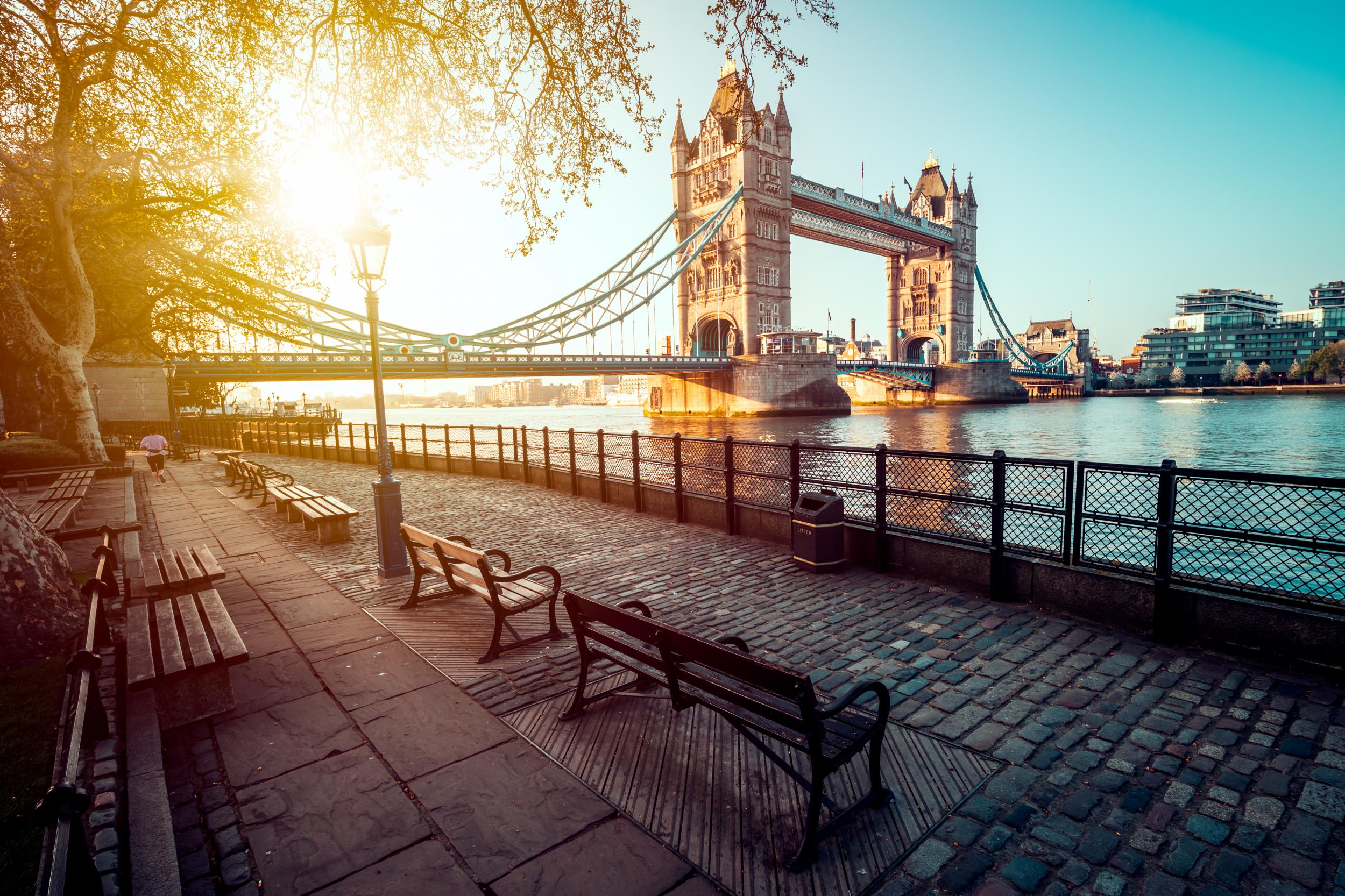 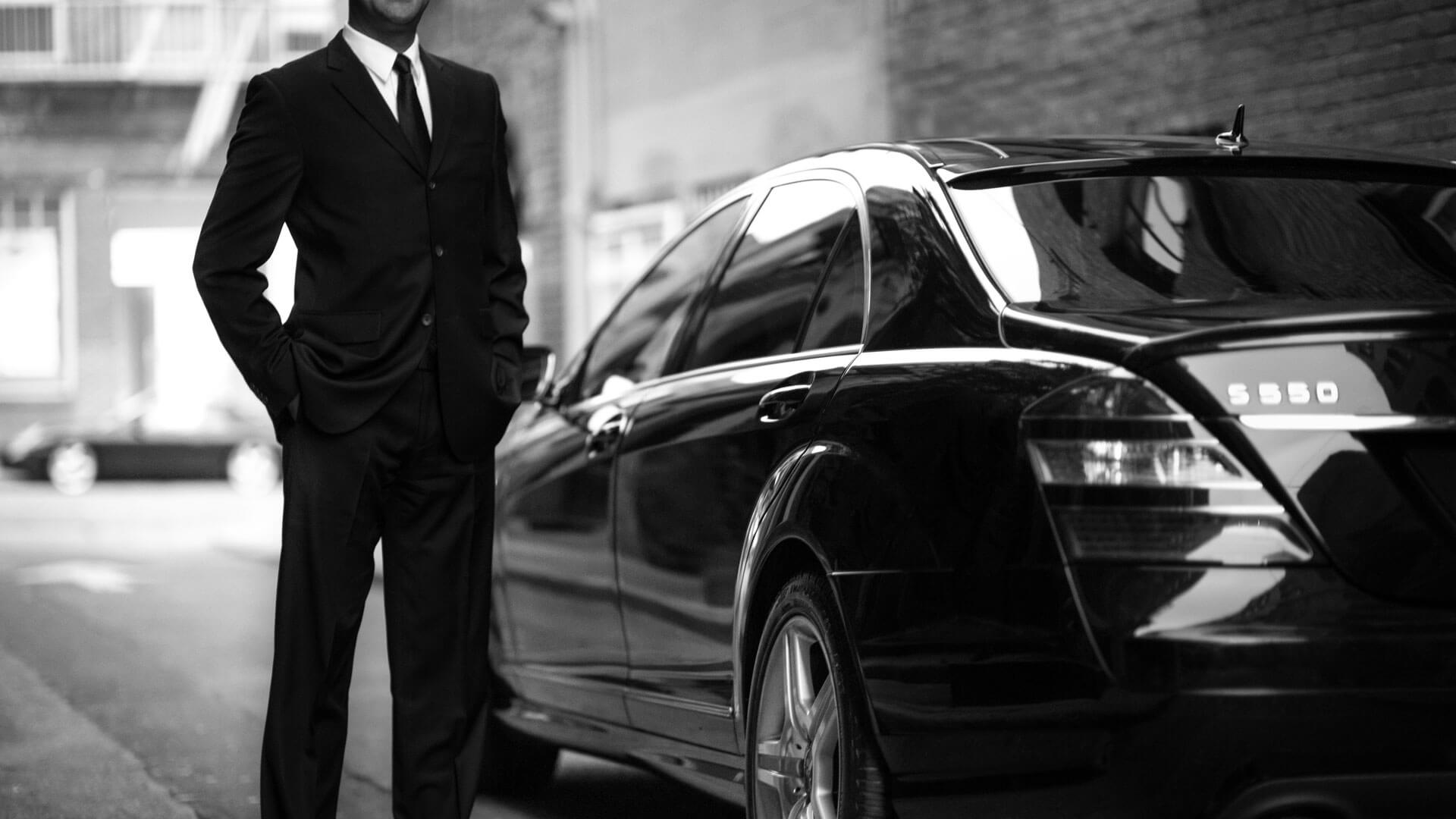 Your driver will be waiting for you in the arrival hall immediately after you take the bags, we will be holding your name in a plate and help you carry your luggage.

We will also provide you with our customer service phone number. This is a suitable service for our waiting service. Waiting service and parking fees are comprehensive with us. There is no additional fee for the greeting and greeting service, it is part of our service for you.

In case you could not location the  driver in the arrival hall, in case of any unexpected possibility, you should contact us immediately. We will immediately guide you to the driver, so do not leave the airport. Those who are late for baggage, customs or any other reason should contact us or call the driver for advice about delay.

WE ALSO HAVE AIRPORT TRANSFER FROM GATWICK AIRPORT

RETURN TO THE MAIN PAGE